EUSA members re-unite in Budapest and elect new Board

Following a challenging period of having mainly online events, the members of the European University Sports Association (EUSA) were finally able to gather in person on the occasion of the 2021 electoral EUSA General Assembly, which took place on September 10 and 11 in Budapest, Hungary. 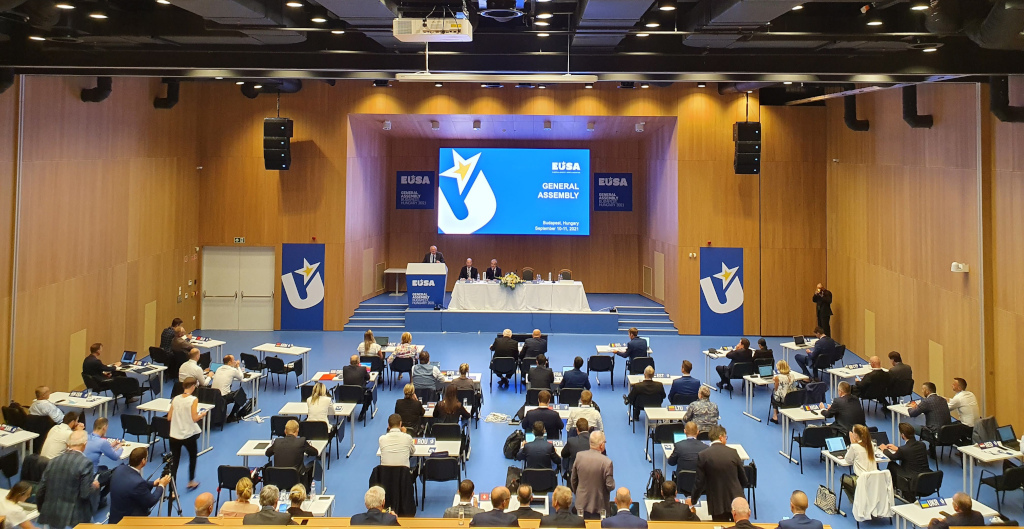 Following the 2019 EUSA Extraordinary General Assembly, Conference and Gala held in Aveiro, Portugal, in-person gatherings have been few and far between as a result of the global pandemic. However, with great effort and care and in line with all the safety protocols at local and international level, delegates from 38 EUSA member countries were able to meet in person for this year’s General Assembly, hosted by the Hungarian University Sports Federation at the University of Physical Education in the Hungarian capital, supported also by the International University Sports Federation (FISU).

The event started with the welcome speeches by EUSA President Mr Adam Roczek, on behalf of the host – MEFS Executive Committee member Mr Zoltan Rakaczki, FISU Acting President Mr Leonz Eder, as well as video addresses by the President of the European Olympic Committees Mr Spyros Capralos and Head of the Sport Unit of the European Commission Ms Floor van Houdt.
Mr Bruno Barracosa from Portugal has been, after successfully chairing the previous Assembly, again elected Chair of the Assembly. 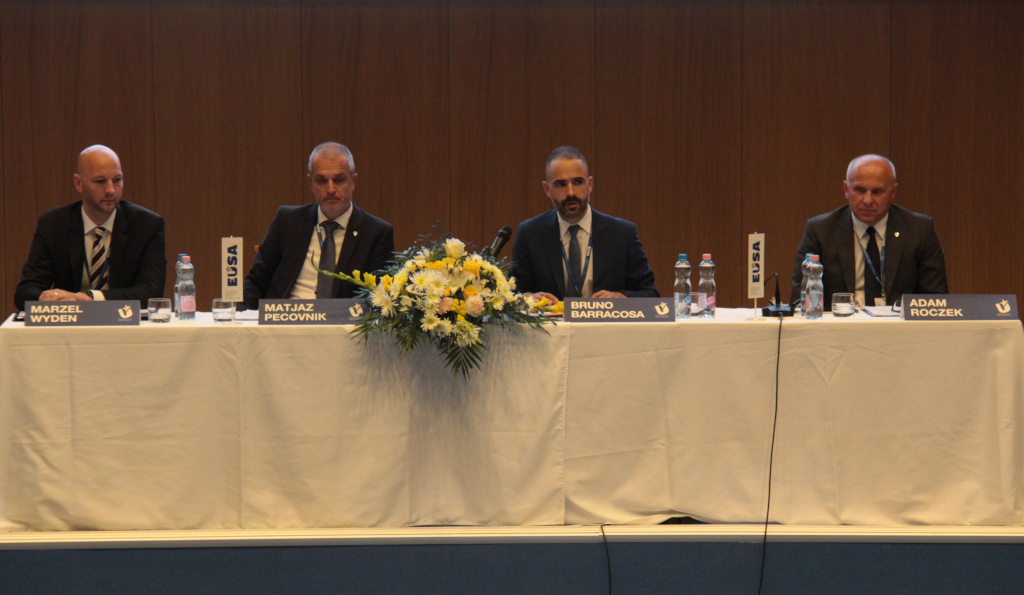 The Assembly delegates adopted modification to the statutes, also allowing proxy representation of member associations who could not attend the event in person due to the special circumstances, as well as having the possibilities to call online and hybrid assemblies. Taking into account the newly adopted statutes and proxies, 43 countries have been represented at the event. The Assembly also confirmed San Marino as its new, 47th member association.

Reports from the period 2018-2020 were presented by EUSA President Mr Adam Roczek, Secretary General Mr Matjaz Pecovnik and Treasurer Mr Lorenz Ursprung, highlighting the sports and educational events in the period, as well as the financial part and accounts, before the outgoing Executive Committee were thanked for their work over the last mandate.

Among the outgoing Executive Committee members, the Assembly awarded the title of Honorary Members to Mr Kemal Tamer from Turkey and Mr Ceslovas Garbaliauskas from Lithuania, as well as the Order of Merit to Mr Jean-Francois Sautereau from France. 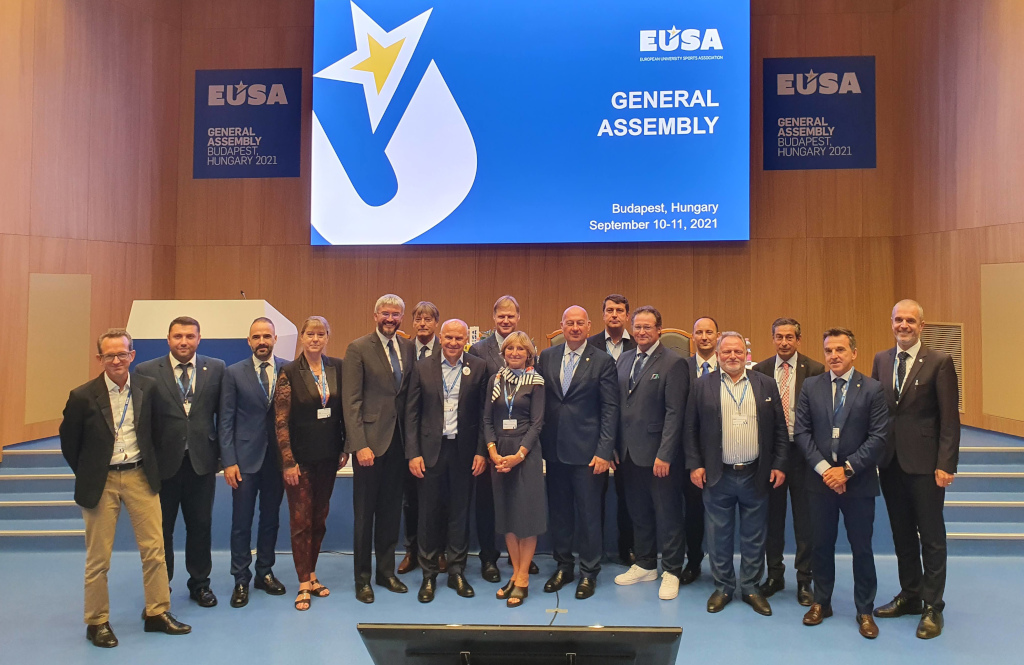 EUSA wishes to once again thank the Executive Committee members, as well as commission members from the previous mandate for their selflessness, hard work and efforts, and wishes to the new Executive Committee members the very best in their upcoming mandate, as together we continue to grow the organisation and develop university sport across Europe. 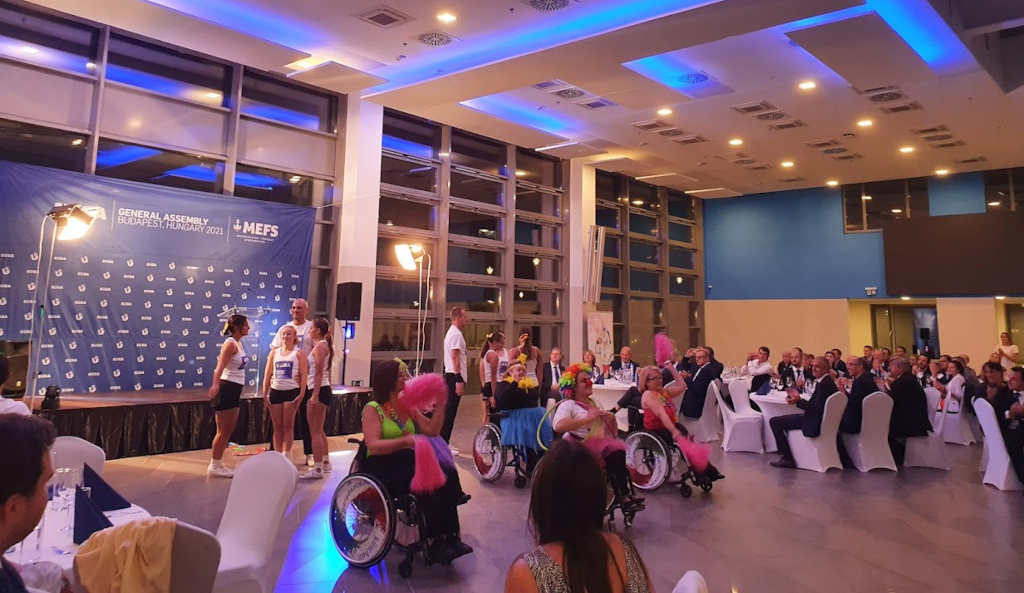 The events in Budapest will continue with the EUSA-FISU Strategic Dialogue, followed by the first meeting of the newly-elected EUSA Executive Committee.